HAMMER first launched in 1989, and has successfully become the IT brand for youth clothing since the early 90s. Now in 2011, with nearly 200 outlets all over the country ... HAMMER put up a new logo and a brand new campaign: "INTRODUCING THE NEW HAMMER", with 4 core ideas: BASICS, STRIPES, COLOR and COMFORTS.

Series of campaign will be conveyed in many platforms: print ads, website, catalogue, billboard and instore promotions.

The catalogue design shown below 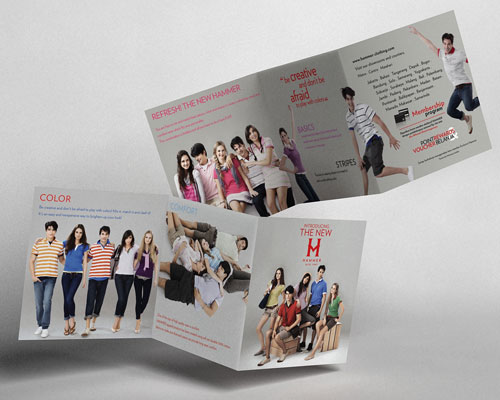