Today I received some magazines featuring Coconut Island new ad campaign that I shoot. I am soo excited … this is officially my first print ad as a photographer. I usually the producer/art director/client but never the one behind the lens.

The idea was actually very simple. It was a laidback afternoon … we were brainstorming. We would like to make a clothing line ad campaign which is “out of the box”. My initial response was to make an ad with a nude couple, blocked their private areas with a huge black stripe saying “for God sakes, wear something. www.coconutisland1975” … everyone had a laugh, until someone throw in even a funnier idea: a nude guy, holding a pair of coconut. And we all have an “Aha” moment! That’s it! Early the next day, we went to the studio, and take some shoots. 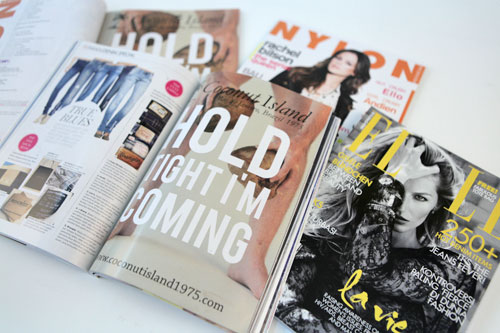